29 TV shows and films are currently being made in Georgia

There are at least 29 active TV shows and films in progress throughout the state, which include two upcoming projects “Red Notice” and “Samaritan." 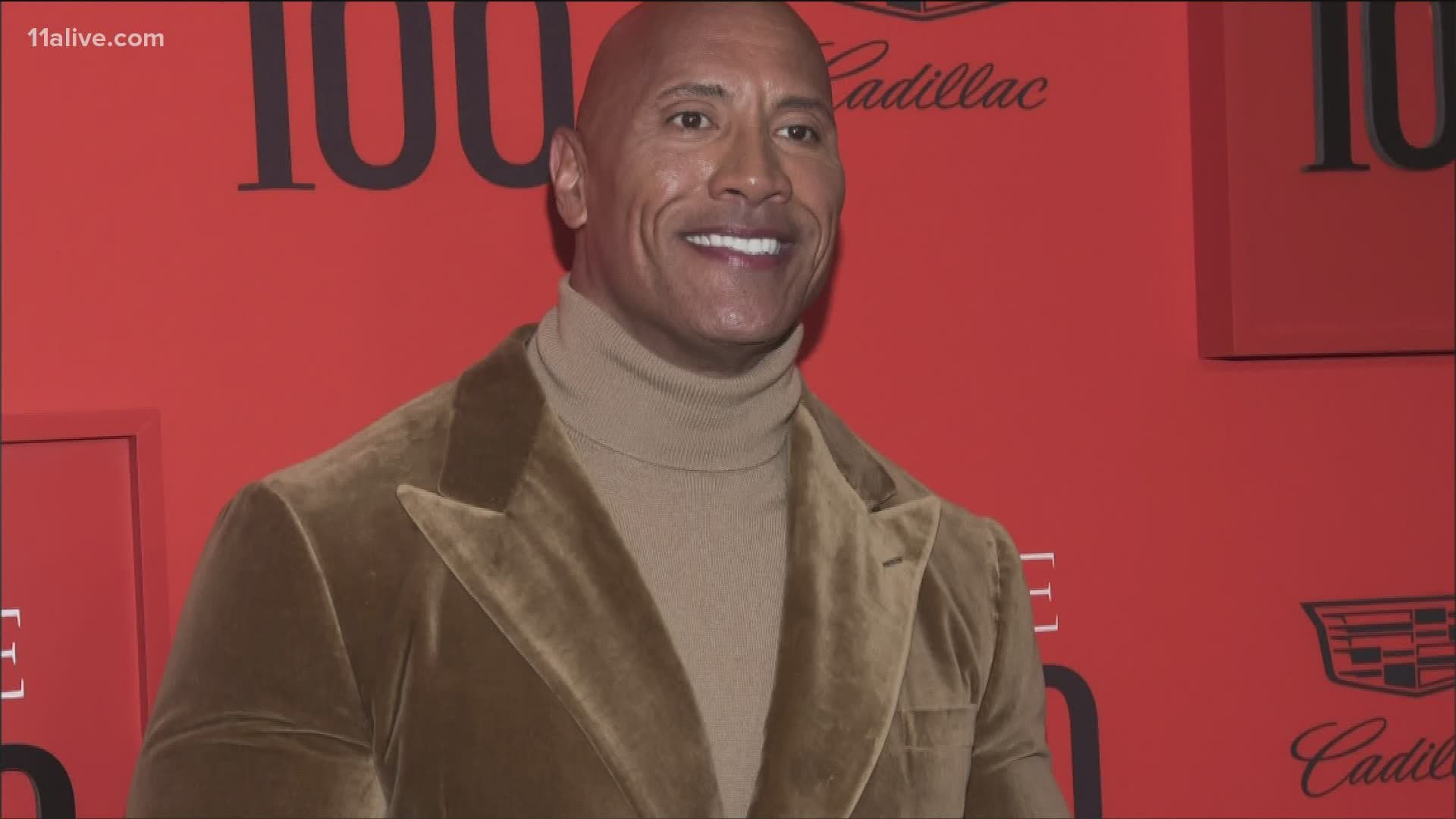 As more productions around the globe resume during the pandemic, feature films are starting to make a return to the industry in Georgia.

Back in July, Gov. Brian Kemp estimated 40,000 production workers will gain employment as 75 production projects are expected to launch over the next 18 months.

As of today, there are at least 29 active TV shows and films in progress throughout the state, which include two upcoming films “Red Notice” and “Samaritan”.

Both action dramas halted production back in March and are now picking back up.

Here’s a look at some of the other productions being made right now.

Production for “Red Notice,” a Netflix original film produced by Dwayne “The Rock” Johnson has begun again. According to the Georgia Film Office, the MGM production is one of the few feature films being made right now in the state. Johnson shared his excited to return to set late last month on his Instagram.

“Like so many of us here in the US and around the world - getting back can be a tough decision that work requires real consideration and strategic planning around best health practices and safety measures. I’m happy to announce our RED NOTICE production will resume shooting next month in mid-September. Thank you to our tremendous partners at NETFLIX who’ve joined us shoulder to shoulder to provide the safest and most aggressive “quarantined bubble” for our production crew as possible, Johnson wrote.

Last week, the Powder Springs resident revealed he and his family were recovering from COVID-19.

“I'm confident in our safety strategy and execution, but we’ll also be fluid and amenable to best practice changes on the fly. Stay healthy and stay disciplined, my friends as you all get back to work,” Johnson said.

You may spot Sylvester Stallone back at Busy Bee’s Café in the coming weeks. The star and the rest of the cast and crew of “Samaritan” are starting production again.

The upcoming MGM thriller was originally slated to hits theaters in December of 2020, but production was halted as a safety precaution back in March.

Earlier this year, Stallone gave fans the surprise of a lifetime when he spent some days off set at Busy Bee’s Café in downtown Atlanta.

Stallone says he ate and spoke with some “interesting customers who were lot of fun and loved movies. I’ll be back. To quote a friend of mine”.

For fans who don’t get the reference, Stallone was referring to Arnold Schwarzenegger’s iconic role in “The Terminator.

"Samaritan" is Stallone's next major motion picture. It’s a thriller about a young boy who is out to discover a mythical superhero after disappearing 20 years earlier, following a tragic event.

Deadline reports screenwriter Bragi F. Schut ("Escape Room") is tapped to bring the story to life. Stallone and Braden Aftergood will produce the project through their company Balboa Productions.

Production for the show records scenes at a soundstage in Hiram, Georgia. Calloway went to Instagram to share her excitement for season five. “#ladyella always in rare form, so hold on to your seats,” she wrote.

New episodes of the series air on BounceTV, while all four prior seasons stream on Hulu.

It’s one of the longest-running courtroom shows on television. "Divorce Court" has been helping couples duke it out, off-and-on, since 1957, with multiple television versions.

Now, there's a new judge on the bench. Judge Faith Jenkins takes up the gavel for the popular unscripted, syndicated series.

A rep for the show tells The A-Scene that producers are currently casting for guests who want to appear on the show. If you want to apply, check out more info here.

Season 8 of the daily syndicated gabfest has continued to produce episodes during the coronavirus pandemic. The hosts of the show -- half based in Atlanta and the other half based in Los Angeles, are operating from homes instead of their radio studios.

Rickey Smiley, Porsha Williams, Headkrack, Da Brat and Gary With Da Tea normally operate from the home base of the Rickey Smiley Morning Show, which itself is syndicated to 65 radio stations across the nation from Atlanta. Frank Kramer and Heidi Hamilton are hosts of the Heidi & Frank Show at KLOS in Los Angeles.

Dish Nation is distributed by Fox First Run, a division of Fox Corporation.