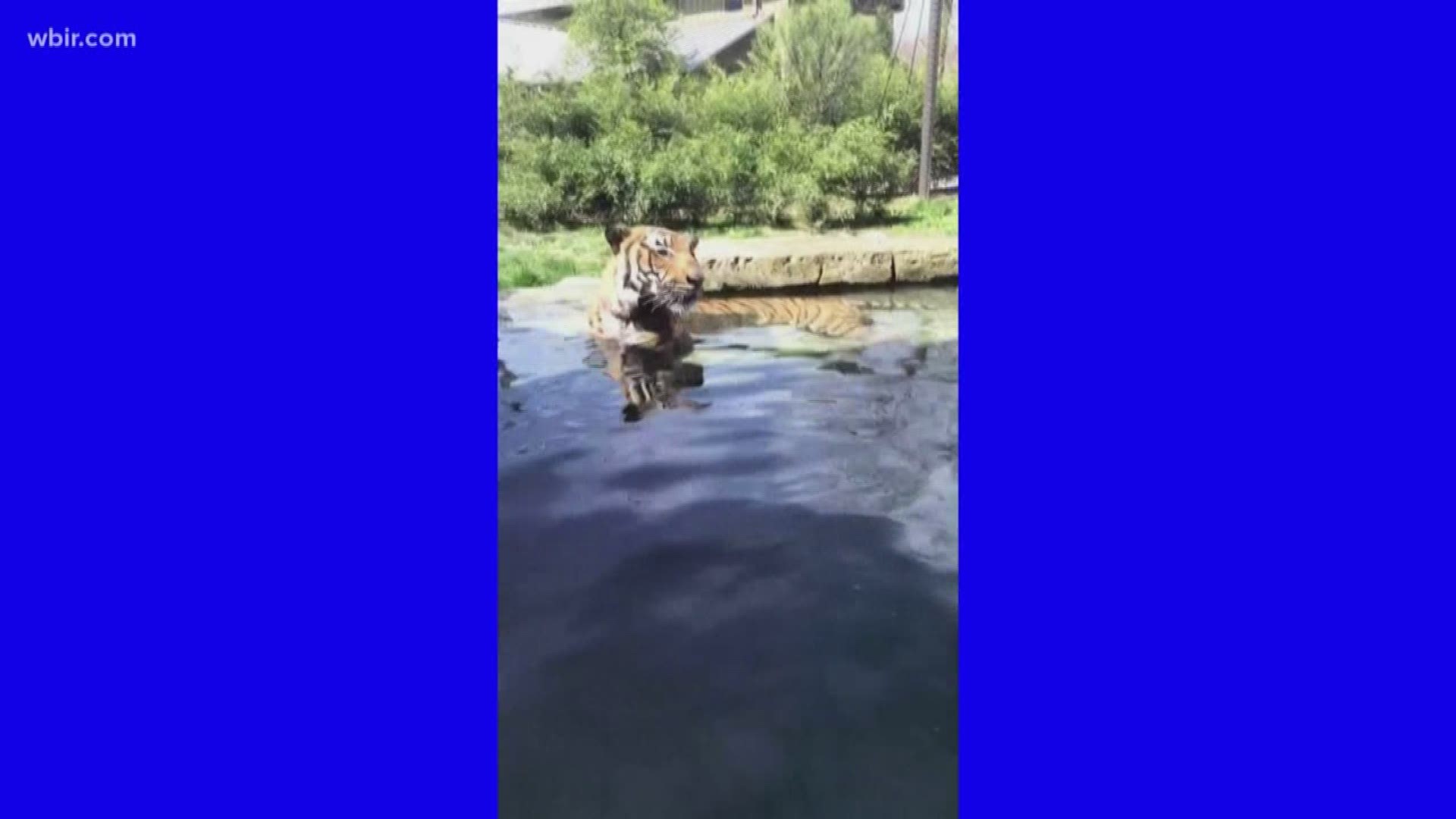 KNOXVILLE, Tenn — Even though Zoo Knoxville has been closed, life has moved on for the animals and the keepers.

One big milestone accomplished this week was reuniting the giraffe and zebra herds for the first time since baby Bea the giraffe was born last summer.

Keepers wanted to get them back together last year, but they wanted to make sure Bea was big enough and then winter came, so they put it off.

In the meantime, the animals got lots of "howdy time" over the fence separating them, so they are familiar with each other.

Then this week, the timing was perfect for a reunion!

Keepers said when they first opened the gates, there was lots of excited running around, then all the animals settled down and started eating.

For the first day, they kept watch while the herds were together for a couple of hours, then separated them again. But on the second day, they stayed together the entire day.

RELATED: Zoo Knoxville hopes to reopen by mid-May with safety procedures in place

Now, it's just their new normal!

Keepers said Bea is showing a lot of adolescent curiosity, approaching the zebras to see what will happen, but aside from minor and normal kicking out of the legs, they've seen no reason for concern.

Bea, by the way, is now close to 10 feet tall and weighs over 800 pounds! She was the first baby giraffe born at Zoo Knoxville in 17 years.

Zoo Knoxville hopes to open back up to visitors by mid-May.

RELATED: Zoo Knoxville was taking precautions to keep animals safe even before a tiger caught coronavirus

RELATED: Zoo Knoxville is "Bringing the Zoo to YOU!" during coronavirus closure