Activists celebrate arrival of Juneteenth as national holiday, but say there's still work to be done

'I think it’s a step in the right direction,' one organizer told 11Alive's La'Tasha Givens. 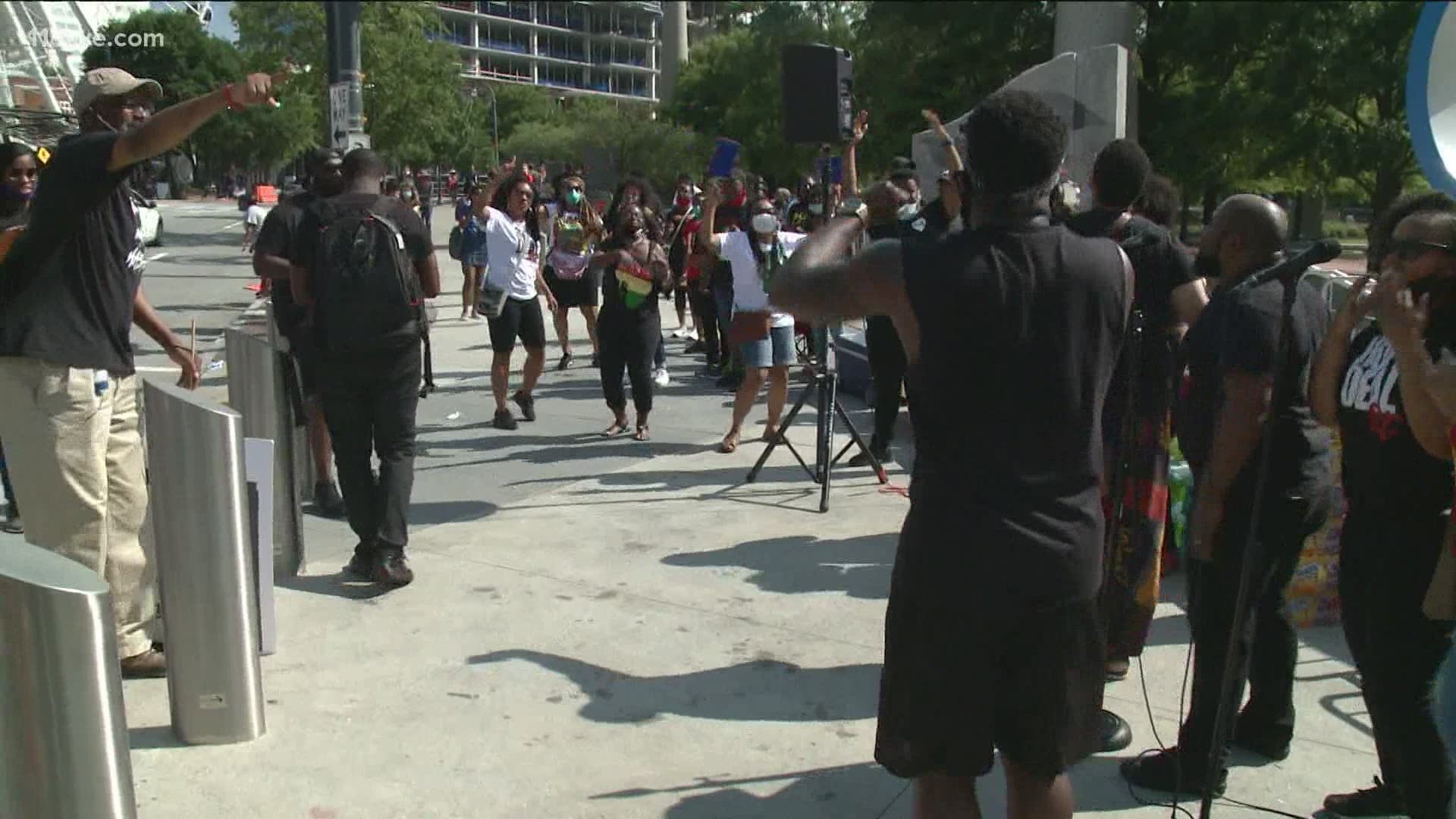 ATLANTA — President Joe Biden signing into law Juneteenth as a federal holiday is the prequel to the story of African American independence activists had long been planning to tell this weekend.

Many are excited about this new law and celebrating it, but they also say there is more work to be done.

"I think it’s a step in the right direction," Jasmin Young, an Atlanta Juneteenth organizer, told 11Alive's La'Tasha Givens. "I don’t think this is the end for us, as we’re still waiting on the voting rights act - the John Lewis Voting Rights Act - to be passed as well as the anti-lynching act for Emmett Till."

RELATED: Where to celebrate Juneteenth Atlanta

Following the president, Georgia Gov. Brian Kemp followed suit. Christopher Bruce the political director for the ACLU of Georgia, said there are two things he would like to see the governor add to his proclamation.

"So currently it will be a state holiday, he just signed a proclamation on that. However, since it’s not a paid day off, that really doesn’t bring into the significances recognizing it in the state of Georgia," Bruce said. "Slavery is a pivotal point in this country. Now, we’re recognizing it as a federal holiday, that’s going to bring about education. It’s not the end step though, it’s just the beginning. There are a lot of other pieces of the conversation that need to happen dealing with education, healthcare reparations within the Black community."

Because Georgia state law only allows 12 paid off holidays, Bruce is pushing to replace Columbus Day with Juneteenth as a paid day off for state workers.

He says the extra benefit is that Columbus Day usually falls on the first day of early voting - which means the Secretary of State’s Office is closed, so they’re not able to assist with voter issues.

To the 14 U.S. House Republicans who voted against the federal Juneteenth law, including Georgia Rep. Andrew Clyde, Young said the holiday was meant to celebrate freedom - for all.

"What I will say to that is July 4th is the Independence Day for everyone. African American people weren’t free on that day," she said. "We weren’t freed until June 19, 1865. I feel like this day is important for us. If we’re going to celebrate freedom, let’s celebrate freedom for all people."