What does it mean that Spider-Man will no longer be in the Marvel movies?

The MCU is saying bye to Spidey but what does it mean for us fans? 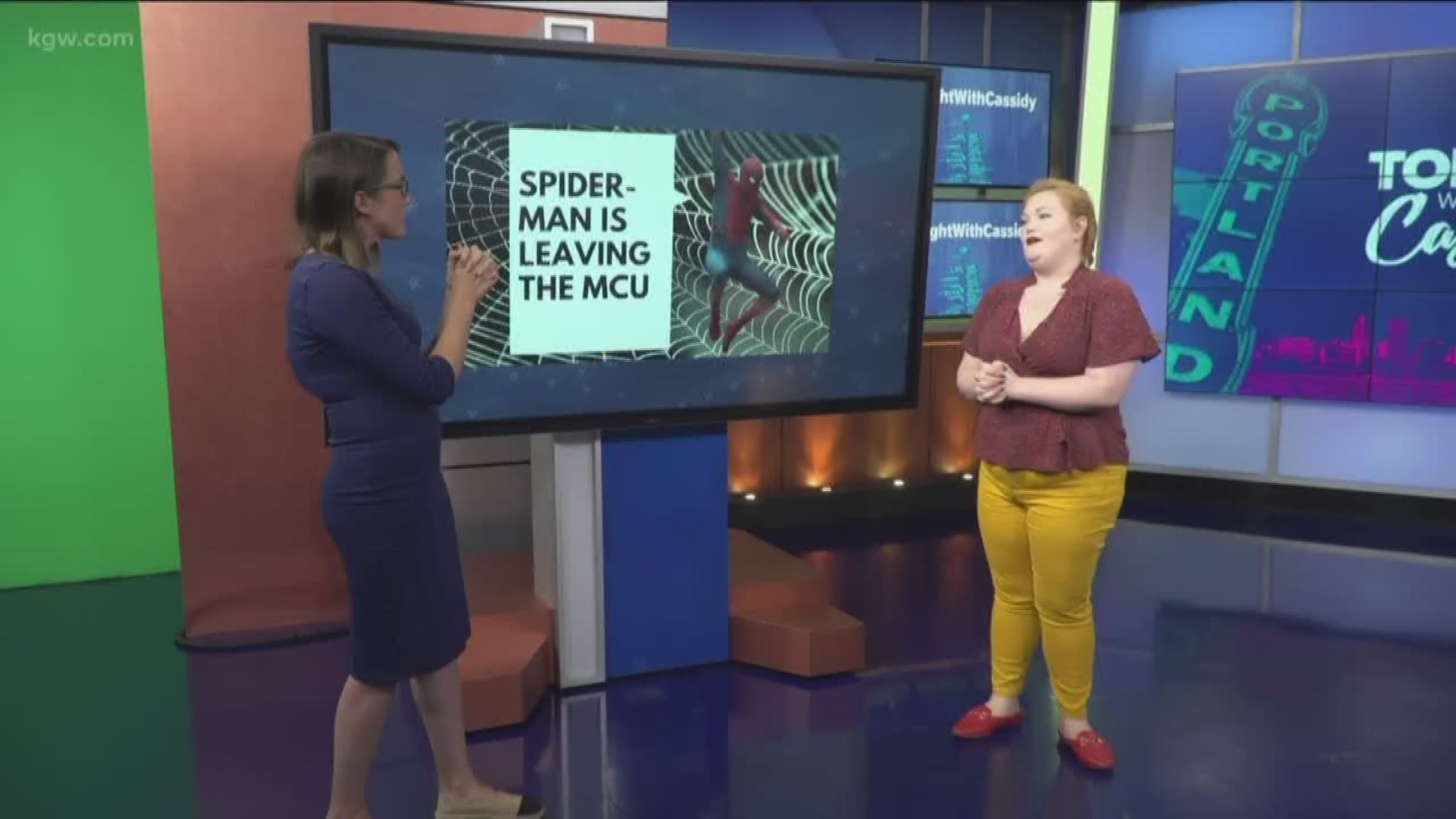 So it looks like everyone’s new web-slinging friendly neighborhood Tom Holland will no longer be a part of the Marvel Cinematic Universe.

I have taken the appropriate 48 hours to sit on this information before writing about it. Kidding, I was on vacation and it was killing me I couldn't write to you good people.

In no particular order the internet (read: me) is asking:

Whose fault is it?

What does this mean for the future?

And it’s actually kind of complicated so I am going to do my best to break it down for you.

The confusion begins with the fact that Spider-Man is indeed a Marvel character, created by Stan Lee himself in the 60s. However, the film rights to the character have been owned by Sony for some 20 years.

So, in 2015 Marvel and Sony drew up a deal to bring Spider-Man into the Marvel Cinematic Universe. You can read more about the money aspects of this here, but essentially Sony would put up 100% of of the production costs to put the character into the MCU.

In return, Disney would receive 5% of first-day ticket sales OR 5% of “first-dollar gross” and Sony would go home with a big paycheck.

With the success of “Spider-Man Homecoming”, “Spider-Man Far from Home” and the Avengers movies that Spider-Man was in, there was a lot of money to be had.

Reportedly, Disney wanted to make a new deal where they would put up 50% of the production costs and pull in 50% of the profits and Sony did not agree. And the internet exploded at the prospect of Spider-Man no longer being in the MCU.

Stan Lee’s daughter has come out in support of Sony maintaining the rights to Spider-Man. Joan Lee told TMZ, “Whether it’s Sony or someone else’s, the continued evolution of Stan’s characters and his legacy deserves multiple points of view.”

“When my father died, no one from Marvel or Disney reached out to me,” Lee said. “From day one, they have commoditized my father’s work and never shown him or his legacy any respect or decency. In the end, no one could have treated my father worse than Marvel and Disney’s executives.”

The fact of the matter is this would not have even been an issue if Disney had not sued the Jack Kirby estates for the rights to Spider-Man and the X-Men in 2010. Spider-Man would have gone into the public domain in 2019 and no Spider-Man fan would be left confused and scorned by the fallout of these money talks.

So, whose fault is this?

Money. It’s money’s fault. As a consumer of nerd content, we forget sometimes that these movies are created for our enjoyment but also to take our money and ultimately that is the goal.

If this were all being done for the love of the franchises and fan service we would have no issues here, but of course it’s not. So, it sort of seems silly to be team Marvel or team Sony or whatever – the best fans can hope for is some kind of agreement between the two that works to their advantage and leaves storylines we have become attached to intact.

But would it be so bad if Sony had the rights to Spider-Man? Without them, we wouldn’t have “Into the Spiderverse,” which was a smash hit animated take on some spider people stories.

Do we want Marvel to have an absolute monopoly over all of Stan Lee’s characters?

What does this mean for the future?

Spoilers ahead from “Spiderman Homecoming,” “Spiderman Far from Home” and “Avengers Endgame”.

Well, it’s unclear what the future holds. It seems like Marvel and Sony have woven Peter Parker into their narrative pretty deep. Not only in the Spider-Man movies where we see Peter being brought up under Tony’s wing and being set up to be the new Iron Man in a sense but also emotionally – like in “Endgame” when Tony is heartbroken Peter was turned to dust and Peter was heartbroken Tony died.

So, what if Sony and Marvel can’t sort this out? What does it mean for the plot of those movies?

Much of today’s news about Spider-Man has mischaracterized recent discussions about Kevin Feige’s involvement in the franchise. We are disappointed, but respect Disney’s decision not to have him continue as a lead producer of our next live action Spider-Man film. We hope this might change in the future, but understand that the many new responsibilities that Disney has given him—including all their newly added Marvel properties—do not allow time for him to work on IP they do not own. Kevin is terrific and we are grateful for his help and guidance and appreciate the path he has helped put us on, which we will continue.

Which doesn’t make it abundantly clear what the future holds other than there is hope that perhaps some agreement will work out.

For now, however, Tom Holland’s spidey and the rest of the MCU will be taking our money separately. Because ultimately, who is going to stop viewing either franchise? We’re already deep in and they know it. However, I expect to see a Venom and Spider-Man movie as well as the introduction of other Spider-Man characters to round out the Spider-Man universe without the aid of MCU characters and vice versa.

Destiny Johnson is a digital reporter at KGW. She reviews comics and talks nerd news on YouTube at KGW Comic Pick of the Week. She's also on twitter @hello_destiny where she posts embarrassing old photos of herself and her handsome dog.